What Is a Duvet? The Good and Bad

Indeed, when shopping for the best duvet and duvet covers, it’s important to understand what a duvet is. If you’re looking for the perfect duvet cover set — one that will keep you cozy through the night and help you sleep more soundly — this guide is here to help.

This guide will explore what a duvet is and how it differs from other bedding items such as comforters, quilts, coverlets, and bedspreads. We’ll also explain the critical differences between down vs. down-alternative fillings and provide tips on how to care for your new duvet.

Additionally, we’ll debunk some common myths surrounding this luxurious bedding item and offer insight into why buying a quality duvet can be beneficial to your health. So please read on, and let’s get started!

What Is a Duvet?

The word “duvet” comes from the French word for “down.” Duvets (pronounced “dove-ay”) originated in rural Europe as rustic covers for keeping warm at night. They were traditionally stuffed with feathers or down harvested from ducks or geese. Then, Americans began to ask, What is a duvet? and they became popular in the United States in the 19th century. These days they’re usually filled with synthetic material that doesn’t require plucking and provides warmth without being too heavy.

So, what is a duvet? Duvets are ideal for people who prefer to use minimal bedding year-round because they can be used alone in warmer weather and layered with a bed linen and blankets in cold weather. And they’re simple to store during warmer months. While their primary job was to keep people warm, duvets have become the desired bedroom accessory due to their decorative nature and ability to provide comfort throughout the year.

The duvet cover replaces the top sheet and bedspread for many sleepers. While the duvet cover and comforter are often used interchangeably, traditional bedding sets feature both pieces. A duvet cover is designed to be placed over the duvet itself for protection and decoration. When used together, these two layers create the perfect temperature for your bedroom all year round: warm when it’s cold outside and cool when it’s warm outside. Then, as the seasons change, swap out your cover to one that best suits your needs.

To simplify the answer of what is a duvet, let’s say they are a trendy bedroom and bed set fabric for anyone looking for bedding that is warm, comfortable like a pillow, easy to remove, machine washable and dryable, and simple to store.

What Is a Duvet and When Is It Good?

Duvets have a few distinct advantages over blankets. First, they are much more comfortable to sleep under because manufacturers can make their filling from various materials, such as feathers and down, cotton, and synthetic material. Also, you can adjust the level of warmth in the fluffy blanket simply by changing the amount of filling in the duvet. This means that there is no need to use different blankets for different seasons; you only need to change your duvet cover.

Duvets may be used on their own as a top blanket or as part of a bedding set. Duvet covers are typically woven from 100% cotton fibers with high-quality fabric to be soft and resilient. They can withstand repeated washings and provide years of everyday use.

Their versatility makes them popular for use in bedroom decorating schemes. Sometimes you can easily change them to match a new color scheme or reflect seasonal changes in decor. In addition, changing the duvet cover is much easier than replacing an entire comforter, which provides added convenience and cost savings.

Many people find that duvets improve their sleep quality because they offer warmth and comfort during the winter months while still allowing the body temperature to breathe during the summer months. Duvets are like sleeping bags for adults. They are warm and comfortable like pillows, but they are easy to remove, machine-washable and dryable, and simple to store. Duvets have replaced the traditional comforter because they are less bulky and easier to wash.

Duvets come in all types of thicknesses, so you can get one that suits your needs all year round. For example, if you tend to run hot at night, try a lighter duvet that’s perfect for summer evenings. Or, if you manage to run cold, find one that will keep you warm during wintertime. Duvets are also less bulky than blankets or comforters, so they won’t weigh you down as you sleep.

For all the advantages, when asking what is a duvet, you must consider the disadvantages. They have several drawbacks, including expensive price tags, not being in bundles with other bedding, and the filling mix containing allergens like feathers.

What Is a Duvet and When Is It Bad?

There are some disadvantages to using a duvet cover as well. Duvets are more complex than other bedding. They usually have at least two parts: the cover and the filling. While covers can be as simple as a fitted sheet, they may also be more elaborate and require more maintenance than standard bed linen, pillow cases, or blankets.

Duvets can be expensive, especially if you’re looking for a high-quality one made of bedding material like cotton or linen. If you’re looking for a cheaper option, you can usually find one, but it may not be as durable or as high in quality. And if you need multiple pieces to complete your bedding set, this can add up cost-wise.

Duvets are not typically available in bundles with other pieces of bedding. Instead, you’ll likely have to purchase them separately from your bed sheets and pillow cases. This means that if you want to buy all new bedding for your room, you might have to do some extra shopping to get the complete set.

The filling in duvets can contain allergens such as feathers and dust mites. If you or someone in your home has an allergy that could cause a reaction when exposed to these allergens, using a duvet may not be worth it. Even if you don’t have an allergy to the filling itself, you can still have an allergic reaction to the dust mites that live inside the duvet. Even washing your duvet may not kill all of the dust mites living inside it.

The main downside to using one is that they’re not quite as fluffy as comforters since there are no layers inside to keep everything together. So, for example, the filling in your duvet can all get pushed around when you use it, and you have to adjust each morning.

What Is a Duvet vs. a Comforter?

To answer what is a duvet, they are blankets filled with synthetic material or natural bedding material made with a removable cover that protects the filling inside. A duvet cover is a decorative cover for your duvet. Duvet covers come in a wide variety of colors and patterns, and they can be switched out each season to change up the look of your bedroom. Sometimes, the two are confused because people use a duvet cover on their comforter to add a splash of color or pattern to the bedroom.

Though many people use them interchangeably, comforters and duvets are not the same thing. A comforter does not have a cover and is typically a heavier bedding layer with a thick filling. Comforters are more popular across the US and usually come with a bed sheet, pillow cases, and other bedding packages. They are made from synthetic and natural fabric and filling. Some are lightweight, and some are heavier, but you can’t adjust to the season, unlike duvets.

Now that you have a better understanding of what a duvet is and its advantages and disadvantages, you’ll be ready to create your perfect sleep space. 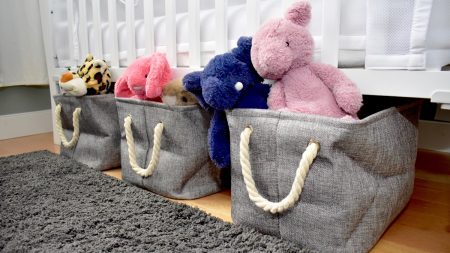 How To Create Storage Under Beds

The Case for and Against Bed Rails and Our Top Picks Eucalypso Home Tencel Sheets Review: Are They Fit for Your Baby? 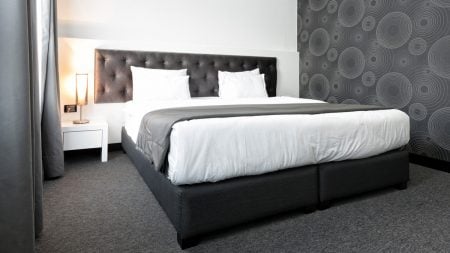 What Is a Wall Headboard?

Get the latest sleep health trends, products, and deals delivered to your inbox.

We use cookies on our website to give you the most relevant experience by remembering your preferences and repeat visits. By clicking “Accept All”, you consent to the use of ALL the cookies. However, you may visit "Cookie Settings" to provide a controlled consent.
Cookie SettingsAccept All
Manage consent

This website uses cookies to improve your experience while you navigate through the website. Out of these, the cookies that are categorized as necessary are stored on your browser as they are essential for the working of basic functionalities of the website. We also use third-party cookies that help us analyze and understand how you use this website. These cookies will be stored in your browser only with your consent. You also have the option to opt-out of these cookies. But opting out of some of these cookies may affect your browsing experience.
Necessary Always Enabled
Necessary cookies are absolutely essential for the website to function properly. These cookies ensure basic functionalities and security features of the website, anonymously.
Functional
Functional cookies help to perform certain functionalities like sharing the content of the website on social media platforms, collect feedbacks, and other third-party features.
Performance
Performance cookies are used to understand and analyze the key performance indexes of the website which helps in delivering a better user experience for the visitors.
Analytics
Analytical cookies are used to understand how visitors interact with the website. These cookies help provide information on metrics the number of visitors, bounce rate, traffic source, etc.
Advertisement
Advertisement cookies are used to provide visitors with relevant ads and marketing campaigns. These cookies track visitors across websites and collect information to provide customized ads.
Others
Other uncategorized cookies are those that are being analyzed and have not been classified into a category as yet.
SAVE & ACCEPT